Who is this Barry R. Simon, and what can he do for me and my business or organization? 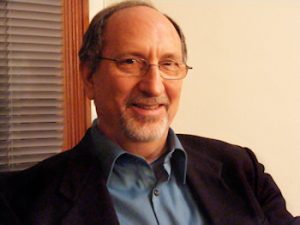 Mr. Simon’s experience in marketing, advertising, and public relations over the last 25 years gives him an edge in building new business for you.   His clients and fans will tell you he’s a very creative thinker.

Additionally, Simon had the opportunity to provide services for various non-profit organizations including the Salvation Army, World Vision, churches, synagogues and private schools.  Simon provided sponsors for radio for the Philadelphia Phillies games, and Drexel, Temple, Notre Dame, Villanova, and the University of Pennsylvania football and basketball broadcasts.  Barry worked with these clients to provide the best scheduling, strategy, script writing, brochures, web sites, public relations, specialty advertising, or whatever they needed.

Solutions that Get Results from Tasmania to Pennsylvania

Mr. Simon also spent a year doing practical problem solving in a graduate course in urban planning in Australia which has given him unique training in creative solutions for his sales and marketing clients.  The course was in the Department of Environmental Design at the University of Tasmania, in Hobart, Tasmania.  One of the projects included traveling with a mobile display unit attached to a Land Rover as part of a public relations campaign to Sydney, Melbourne, Adelaide, and the Capital Territory of Canberra, to Save Lake Pedder.  This resulted in news coverage in The Sydney Morning Herald, The Australian, The Melbourne Age, and on radio and television.

Simon also launched and developed an advertising and public relations department for a recording company in Philadelphia that provided significant media coverage in Billboard, Record World, Cash Box, Bookstore Journal, 100’s of radio stations, TV appearances, and more for the lead artist.  This sent them to #5 in sales in the country in their music category.  He also worked in the sales and distribution of the product.

His work as a sales manager and account executive at a radio station resulted in more long-term contracts becoming the norm because of his innovative and personable client relationship building and sales promotions that benefited both the client and the station.

Simon obtained a B.A. from Temple University in Liberal Arts with a minor in communications from Western Kentucky University.  At Western he helped build their first student government, as well as the first one for the State of Kentucky.  Simon’s involvement with radio and other publicity for Western’s concerts with big name entertainers has given him the privilege of working with the Dick Clark organization, the 4 Tops, Glenn Yarborough, Wilson Pickett, and many more.

He served in the United States Air Force where he worked as a survival equipment specialist.  While with the Air Force, Simon also had an assignment as a newspaper and radio news reporter, covering the first operational use of the C5-A Galaxy, the world’s largest transport plane. 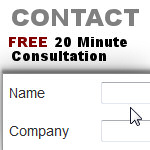